Since Harvey Weinstein’s case, sexual harassment and sexual assault have been condemned by almost everyone. The #MeToo movement went viral and thousands agreed with it. But recently, a backlash to #MeToo led by French actress Catherine Deneuve and others like Margaret Atwood has surfaced.

Questions about what constitutes sexual harassment have become prominent.

Are all sexual advances harassment and all men evil? One Washington Post columnist wrote a satirical column about the debate: “Ladies, let’s be reasonable about #MeToo or nothing will ever be sexy again.”

What is missing in this global discussion is an overview of the context in which the relationship between men and women occur — the global patriarchal social structures.

Patriarchy feeds the prevalent gender inequity in all societies and diminishes women into second-grade humans. Sexual harassment/assault is but one manifestation of this structure.

Patriarchy prevents the birth of women on a grand scale. In India, there are millions fewer women than men. This male to female ratio could only plausibility be explained by selective abortion of girls, which has increased substantially between 1995 and 2011, especially for pregnancies after a firstborn girl.

In 2015, China had around 33 million more men than women, due to decades of gender bias. Still, this has generated questions on how to find brides for all these single men, not: Where are the millions of missing women?

Once they are born, women are often used as instruments for other social values. We have heard it time and again that women’s education contributes to family betterment. Many international development efforts to empower women argue that women’s education will improve family, community, and nation as a whole.

The notion of family has historically signified patriarchal values and behaviours. All over the world, the traditional notion of family consists of a man and a woman. For one, this definition of family does not recognise genders other than man and woman. Moreover, it assumes one sexual orientation for each gender. On top of that, roles are strictly defined and labour is strictly divided in it. The man’s role is outside the home and the woman’s inside. Man is the breadwinner and woman is the housewife. Diversion from the rules has consequences. 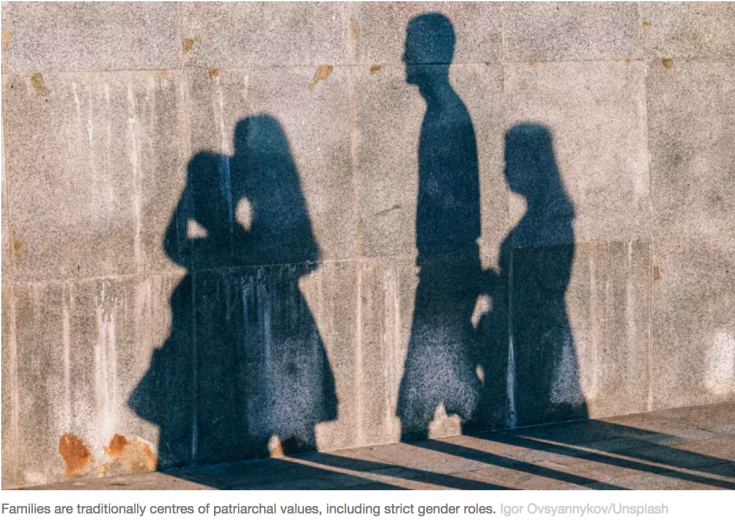 The public gang raping of women in the name of family honour is also a tool of patriarchy. The depiction of women in relation to the notion of family has often devalued women and derailed true gender equity interventions.

Gender inequity is also reproduced through popular culture — movies and the princess industry which grooms girls as princesses.

“Princessification” is the process of preparing girls to become princesses and partners to horse-riding, handsome and rich royal princes. This whole notion works to mold girls’ internal sense of submission, sexualization and passivity.

When girls grow up, the shape of gender bias and discrimination takes the form of commodification, commercialization and sexualization. In some parts of the world, ‘gifts’ (dowry, dower and bride price) are exchanged in marriages — under the pretext of supporting women — to commodify women.

In most parts of the world, women’s bodies are used as desirable objects to sell products and services. Next time you are in a shopping mall or watching TV, count how many products or services are advertised using women’s bodies, when they don’t have anything to do with the product or service whatsoever.

In this patriarchal context, women are expected to be obedient daughters, chaste sisters and/or submissive princess-like unthinking girlfriends or wives. In other words they are considered sex objects or asexual deity figures. We commodify, commercialise and sexualize women and use them as tools to promote dominant patriarchal values.

Sexual harassment is but one of the many manifestations of this patriarchal context.

When the playing field is already discriminatory against women, it is not the issue that matters but the rules of the game. In the case of sexual harassment, consent becomes an issue when a woman has the opportunity and the power to say ‘No.’

The case of Harvey Weinstein is a symptom of a broader, more prevalent social and cultural disease. To address the root causes, there is a need to restructure our cultures — so that women are viewed as having the same value as men, and women’s empowerment is a constitutive value for itself, regardless of its instrumental value for the development of economies or betterment of the family.